Gorgeous actress Ihana Dhillon practises Yoga to prep up for her debut role in ‘Hate Story 4’!

A strong believer of Yoga, Ihana Dhillon is sweating it out to play femme fatal in the fourth installment of the successful film franchise!

Creating your own space in an industry as competitive as Bollywood is not an easy task, especially for new actresses. Besides having great acting chops, they need to have a great figure and look gorgeous round the clock. Some actresses take the pressure, while others give up on their starry dreams. If you want to know how to keep yourself fit and fine even under immense pressure, you certainly need to take a few lessons from Ihana Dhillon!

To prepare for her role in Hate story 4, besides following her regular fitness regime, she prefers practising Yoga, so that she could tune herself to get all the energetic vibes and charge up before the shooting schedule for her first Bollywood film goes on the floor.

The actress will soon begin filming for her part in London. She knew it in advance that the shooting schedule was going to be very hectic, so she practised a lot of Yoga and readied herself for the role with her body and the soul.

Hate Story 4 will be directed by Vishal Pandya and produced by T-Series. Besides Ihana Dhillon, the film also stars Karan Wahi and Urvashi Rautela. It will be releasing in 2018. 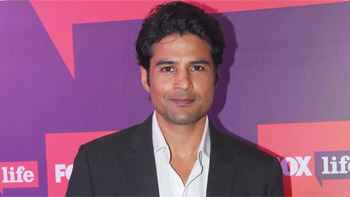