Veteran actress Hema Malini has been invited to appear on the popular Russian show, Today.

We all know that showman Raj Kapoor enjoyed a massive fan following in Russia. But do you know that veteran actress Hema Malini, too, has millions of fans the country? The fact that she has been invited to appear on Andrey Malakhov's popular talk show, Tonight, validates her immense popularity in Russia.

The actress says, "It's an honor to be the first Indian celebrity to appear on this show. Russians love my film Seeta Aur Geeta even today. I was not aware of my popularity there till I was invited by our Speaker in Parliament. So I went there in the capacity of a parliamentarian."

She recollects how overwhelmed she was by the love she received from the Russian population. "They were standing on the streets with flowers, as they wanted to see Zita Aur Gita — that's how they call Seeta Aur Geeta," she smiles, before adding with wide-eyed delight, "It is the most popular film there. They don't even know Sholay!"

According to reports, the whole crew of the show has flown down to India to shoot the candid portions of the episode, while the live portion of the show will be shot in in October in Russia. The compiled episode will go on air in the month of November. Sushant Singh Rajput & Bhumi Pednekar will be Dacoits in the upcoming film! 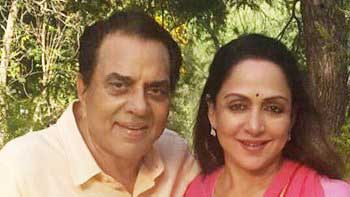 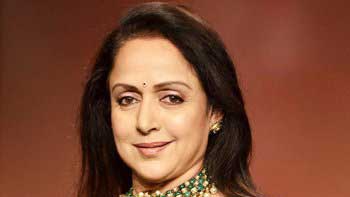 Hema Malini to commence a dance institute in Mumbai