Actors Zareen Khan and Karan Kundra are teaming up for the upcoming horror-drama 1921! The film is directed by the renowned filmmaker Vikram Bhatt who is known for his horror genre films like the Raaz series, Haunted and 1920. The trailer of the movie has been out and has received a good response. The plot of the film revolves around a musician who encounters an evil spirit in his residence.

A new song Sun Le Zara which is a love ballad has been out from the music album of the forthcoming film. The video of the melody features Zareen Khan and Karan Kundra who meet for the first time in the song. The track is crooned by Arnab Dutta while the music is rendered by Harish Sagane. The lyrics are penned by lyricist and writer Shakeel Azmi. Check out the song here:

Produced by Motion Picture Capital, Reliance Entertainment Productions 5 & Loneranger. 1921 has been scheduled to release on January 12, 2018. Zareen Khan steps in to horror genre for Vikram Bhatt's next! 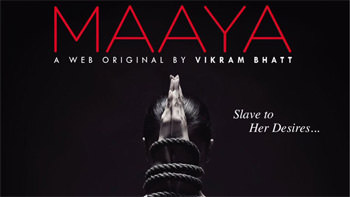