Kapil Sharma might really turn into a Firangi; the ace comedian has been offered a Hollywood project titled ‘Comedy Curry’.

In the last few years, Kapil Sharma has redefined the meaning of comedy. From participating in comedy shows to creating his own, the comedian has proved why he’s termed as the best in the business. The latest we hear, that the 36-year-old has now been offered a Hollywood project titled ‘Comedy Curry’ by Big Mama Works. The actor who is busy promoting his upcoming film ‘Firangi’ these days, will soon visit the US to meet the makers of the film. Confirming the news, Kapil himself said to a leading daily, ‘’I’ll let everyone know once it’s finalized. I have received a script from the west and they (makers) are very popular – Big Mama Works. And I’ll definitely go there and meet them once since nothing major can be discussed over a telephonic conversation. But it’ll be a good thing if it materialises.’’

Talking about Kapil Sharma’s debut international project, Firangi’s director Rajiev Dhingra said, “It’s an internal baat. Kapil has received an offer from Hollywood. A company called Big Mama made a series and they want to make a Hollywood series with Kapil, with one Hollywood star and one Indian star, which will be apt for both the countries and the name I guess is Comedy Curry.”

Well, we wish all the best to the comedian for his debut Hollywood project and all the luck for his movie ‘Firangi’, which will hit the screens on 1st December. 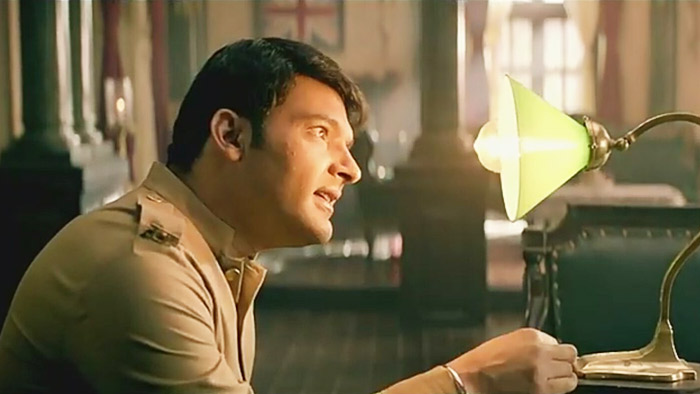