Kajol will do a cameo role in Karan Johar's upcoming Ae Dil Hai Mushkil, as per the latest news update.

The upcoming film Ae Dil Hai Mushkil directed by Karan Johar will see the stunning Kajol to do cameo in it, reportedly. Produced by Dharma Productions, the film Ae Dil Hai Mushkil features Ranbir Kapoor, Anushka Sharma, Aishwarya Rai Bachchan in lead roles. The film revolves around the theme of relationships. Karan has now roped in his good friend Kajol to play a short yet crucial role in this film. As per the buzz, Kajol may also appear in one of the songs in it.

A source said "The principal shoot of the multistarrer has been wrapped up, but some major portions are yet to be filmed. There are certain roles that are short but crucial to the script and Kajol will essay one such character. However, details of the shoot schedule are yet to be worked out since she is also likely to feature in one of the songs,"

Kajol also did cameo by appearing in a song in Karan Johar's film Student Of The Year. Talking about this, the source stated "Their friendship goes a long way back, so it is not surprising that she has agreed to be a part of the film. In fact, Karan considers Kajol as his lucky mascot and wants her to be part of all of his directorial ventures," After Bollywood, is Hollywood the next stop for Fawad Khan? 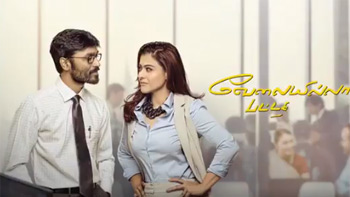