Do not miss Kapil Sharma’s innocent performance in the title track Oye Firangi from his upcoming film Firangi.

After releasing a rather surprising trailer, the makers of Firangi have dropped their first song from the movie which is their title track Oye Firangi! The trailer is nothing that one can expect from a Kapil Sharma film! Unlike his first movie outing, this second venture with his friend and director Rajiv Dingra has a unique story. The film talks about a young lad Manga who is often cursed for being useless and unemployed, one day he finally lands a job with the Britishers for his exclusive ability to cure.

Manga seems innocent, unaware and ignorant at certain levels. Although, his new found confidence and passion for his job is reflected in his behaviour. Kapil Sharma, the comedy king, is seen doing some hard-core acting. He is so apt in the role and gels perfectly as Manga. So far, the movie seems interesting and the title track gives right glimpses and sneak peek into the plot. Sung by the talented singer Sunidhi Chauhan, Oye Firangi is written by Dr. Devedra Kafir while the music is given by Jatinder Shah. 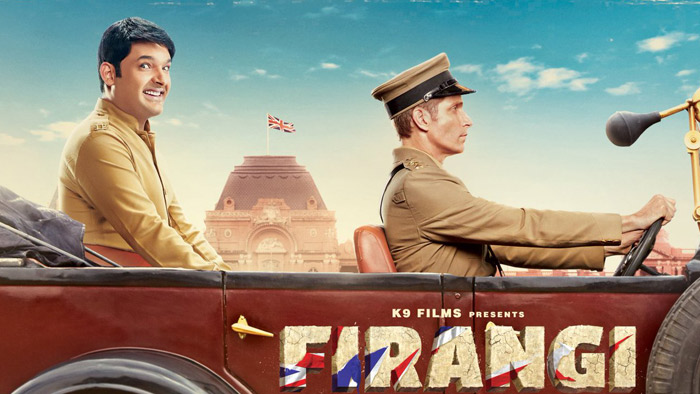