Directed by Lalit Mohan, the film is titled ‘Hume Tumse Pyaar Kitna’, and it stars Karanvir and Priya Banerjee in the lead.

Great news for all the Karanvir Bohra fans! The television actor, who has done multiple films as well, has now wrapped up his first film made under his home banner, Bora Bora Entertainment. Karanvir has been appearing in films for the last 11 years, but this is the first time that he has produced a full-fledged feature film. Titled, Hume Tumse Pyaar Kitna, the film is directed by Lalit Mohan, and it stars Karanvir and Priya Banerjee in the lead.

Karan shared the news on Instagram, captioning, “and it's a wrap #humetumsepyaarkitna #postproduction in progress....#nervous and #excited Thanks to my energetic team and to everyone one connected to this film.”

Speaking about the film, Karanvir Bohra said, ‘The film is like a baby for us because it had been with us since the inception stage, not only from the story or even idea but from the germ that we need to make a film. Today, it is unbelievable that the filming is over and we are on post the post-production stage.” 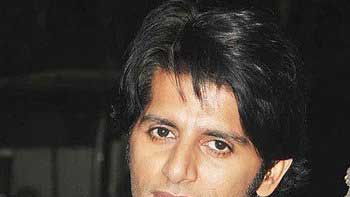 Karanvir Bohra to debut in Bollywood