Login with Facebook Login with Google Login with Twitter
Home
⟩
News
⟩
Kareena Kapoor Khan is NOT a part of Hindi remake of Aapla Manus?

The original film was helmed by Satish Rajwade and it was backed by Ajay Devgn.

In February this year, Ajay Devgn ventured into the Marathi film industry and produced Satish Rajwade's film, Aapla Manus. The film was successful and in no time, Ashutosh Gowariker decided to make a Hindi version of it. Soon after it was confirmed that Gowariker is making the Hindi remake of the Marathi film, rumors started floating that he has approached Kareena Kapoor Khan to play the female lead. And it was also said that even Kareena has liked the script. But ditching all speculations and rumors, a source close to the actress reveals that she has not given her nod to any film.

Speaking with a leading daily, the source revealed, "Kareena will not star in Ashutosh Gowariker’s remake of Aapla Manus. Kareena has not said yes for any project as of now. The only one she’s in talks about right now is Rakesh Sharma biopic opposite Shah Rukh Khan. The actress is also keen on working with her 3 idiots co-star Aamir Khan in future.”

Well, as of now, Bebo is only doing Rhea Kapoor's Veere Di Wedding, and apart from that, she has not signed any film. 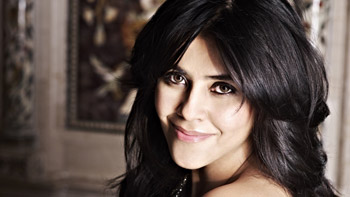