Expected to roll in mid-April, the film is being produced by Bhushan Kumar and Remo D’Souza.

Katrina Kaif’s younger sister Isabelle is all set to begin her journey in Bollywood. The newcomer has been roped in to play the female lead opposite Sooraj Pancholi who made his acting debut in 2015 with Salman Khan produced film Hero. Isabelle and Sooraj Pancholi are teaming up together for Stanley D’Costa’s directorial debut, Time To Dance. According to reports, the film is all set to mount the shooting floor in mid-April in London.

“The film has been in the pipeline for more than a year and it is finally taking off. Isabelle and Sooraj have been practicing for their turns as it will test their dancing skills in different forms, from Salsa to Paso Doble,” a source close to the development reveals to a tabloid.

Isabelle is quite excited about starting her first Hindi film. “I can’t wait to start work on my first Hindi film. We will be in London for around 50 days and will shoot in a start-to-finish schedule,” says the actress.

Helmed by Stanley D’Costa, Time To Dance is being bankrolled by Remo D’Souza and Bhushan Kumar. 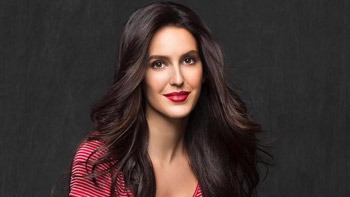 Here’s what Isabelle Kaif feels about Bollywood at the moment Jacqueline Fernandez on Race 3: The whole cast is really excited about the film!