Makers set to welcome 'The Return Of Chhota Chetan'

India\'s first 3D film, \'Chhota Chetan\' to revive its magic for yet another time with its sequel \'The Return of Chhota Chetan\'. The film is to be directed by Hemant Madhukar

The makers of the first Indian 3D flick 'Chhota Chetan', 'Navodaya Creations' are all set to revive its magic all over again along with director Hemant Madhukar. On confirming the above, Hemant reportedly stated that he has currently completed his work on another 3D film. As concerned about the sequel 'The Return Of Chhota Chetan', he's hunting for the locations and would commence with the venture by next year.

Further disclosing some inner facts about the venture, Madhukar stated that the makers of the 3D flick were neither in obligation to sell the rights of the original to anyone nor in a mood to add a sequel to it before. He 's glad that the makers have chosen to collaborate with him to bring forth the second edition to the classic thus, with highly advanced technology.

As the original being a 3D, the sequel will be following its steps and also be a 3D venture. Not disclosing much, the makers stated that they have considered some names but are not confirmed with the final casting. 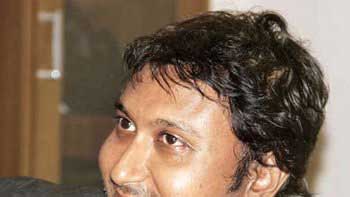