The famous TV star and anchor Manish Paul who will mark his silver screen debut with 'Mickey Virus' has got another scoop in his platter. The actor has bagged a lead role in 2010 hit comic satire 'Tere Bin Laden' sequel. Manish will be seen essaying a new character in the film who pushes the story ahead.

Speaking more about his role in the film, Manish said that, he is playing a lead role in the film along with the old cast of the film. He got this opportunity to work in 'Tere Bin Laden' sequel even before he bagged 'Mickey Virus'. Manish said that the director of the film Abhishek called him once and Manish gave an audition for this film. The director got impressed with Manish's performance and offered him a key role in his film. Manish also revealed that recently he has started shooting his part for 'Tere Bin Laden' sequel. Manish was interacting with the source in a personal interview. But the newbie did not reveal further details about the movie.

Manish who has started his career as RJ has appeared in many TV series before. Later he became a successful TV anchor. In his debut movie, Manish will be seen in a totally new look, donned in six pack abs. The actor who was getting many film offers in the past, has rejected many of them as he required a wholesome role to start his career on the big screen.

His 'Tere Bin Laden' sequel will be released next year. 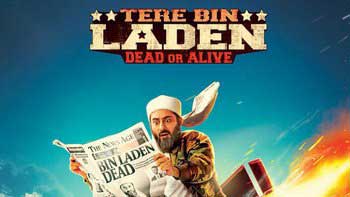