Taricka Bhatia has performed with Mika Singh for more than 6 years.

After performing for more than 6 years with the King of Party Music ‘Mika Singh’, Taricka Bhatia is all set to make your feet tap to the beats of her new party track ‘Hulle Hullare’. The singer is seen gorgeously grooving to the beats in the video. Commenting on her jugalbandi with Mika, Taricka said, “I have not only worked with him but I have also travelled all around the world doing stage shows for almost more than 6 and a half years now! I personally feel that he is gifted talent. His songs are blockbuster hits and I am glad to work on his project ‘Hulle Hullare’.”

She further added, “Everything that I have learned about the stage is from Mika. Apart from being my mentor, he truly is a genuine person and I am really enjoying my work with him”. The lyrics of the track are penned by Marshall Sehgal who has kept it very relatable to today’s youth. It has inspired from the lingo used by the millennial population.

The video has been shot in Delhi by Shabby Singh and the music is composed by the talented duo Gaurav Dev and Kartik Dev. 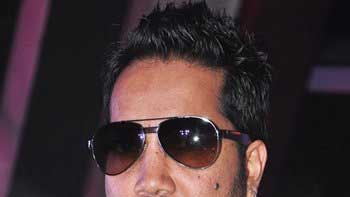