The actress made her singing debut with the romantic-drama Meri Pyaari Bindu.

Parineeti Chopra, who is currently shooting for Vipul Shah's Namastey England with Arjun Kapoor, is all set to sing another Hindi song. For the uninitiated, the gorgeous actress made her singing debut with Yash Raj Films' Meri Pyaari Bindu which also starred actor-singer, Ayushmann Khurrana. The latest song Pari is going to lend her voice to will be composed by Amaal Mallik.

According to a source, Parineeti and Amaal met at latter’s studio on Thursday to jam together. “During their first meeting, they also discussed the scale and composition of the track. They will record the final track once Parineeti returns from Australia and the video will be shot after she wraps up the shooting of Vipul Shah’s romcom, Namastey England,” the source added.

The single is tentatively titled “Mujhe Tum”. “It is not a recreated version of an old song and has a flavour similar to her debut song, “Maana Ke Hum Yaar Nahin”, but the notes are very different. The production is being supervised by Bhushan Kumar and the makers are currently scouting for a video director,” adds the source. 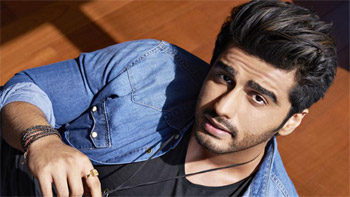