Yet another day and yet another film for veteran actor Anupam Kher. He starts shooting for ‘Singh In The Rain’, his 512th film.

There are actors who keep a proper balance between commercial films and Indie films but then we have Anupam Kher. Kher, who has worked in more than 500 films, still maintains a proper balance between commercial, Indie and International films. He is a global actor who has been working in world cinema since ages and now begins his 512th film. Yes, no kidding here, Kher has completed a total of 511 films and has just started shooting for his 512th film, titled, ‘Singh In The Rain’. The 62-year-old announced the news on Twitter, captioning, “And a new journey begins. Friends!! My 512th film - SINGH IN THE RAIN. Shooting starts in picturesque Malibu, LA. As always need your love and wishes.

And a new journey begins. Friends!! My 512th film - SINGH IN THE RAIN . Shooting starts in picturesque Malibu, LA. As always need your love and wishes. ???? pic.twitter.com/1IVX3DGB6M

The storyline of the movie follows - Sparks fly as an aspiring Indian-American singer invites a turbaned chef to her sister's epic Sikh wedding. But when her family discovers his hidden past, she must prove that love is more powerful than any division in society. 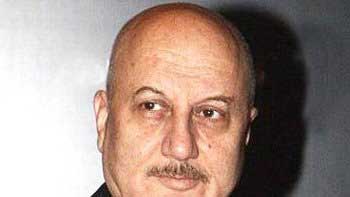