Prachi Desai turns judge for a talent show in Kuwait

Prachi Desai turned co-judge for a talent show in Kuwait and was thrilled to see amazing performances by its participants.

Bollywood actress Prachi Desai turned co-judge for the talent show called 'Concierge Indo-Pak Talent Hunt Show 2015'. The show gives an opportunity to Indian and Pakistani expatriates in Kuwait for showcasing their talent in diverse areas like music, modeling and drama.

Prachi was captivated on seeing the talent of the participants of this show and Baljit, a local restaurant employee impressed Prachi with his melodious voice. Prachi revealed "I was thrilled to see such good actors and singers. It was really difficult to judge who is the best,"

The judging panel was comprised of the director Arsal Khan, Indian rapper Sukh-E-Muzical and producer Jibran Khan from Pakistan. The show was organized by Omar Shawqat Ali. Prachi Desai to Play a Significant Role in 'Rock On!! 2' 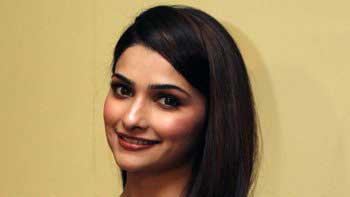