Talented young Bengali new wave director Rituparna Ghosh passed away at his Kolkata residence with a massive cardiac arrest on 30th may at 7:30 am in the morning.

Rituparno Ghosh , a young talented director who changed the scenario of Bengali cinema with his new wave thought unfortunately passed away with a massive cardiac arrest in Kolkata on May 30 in the morning. The young director was just 49 years old at the time of his untimely death. He passed away in his sleep at his south Kolkata residence.

Rituparno Ghosh was a winner of 12 national awards and many international awards are to his credits as well. The noted filmmaker was suffering from pancreatis and left for his heavenly abode at 7:30 am, his family members informed. Rituparno came into limelight after his children film 'Hirer Angti' in 1994. His other works are 'Unishe April' which being a winner of the national award and some of his widely acclaimed ventures are 'Chokher Bali' ,'Dahan','Raincoat' ,'Asukh' ,'Noukadubi', 'Bariwali' and 'Antarmahal'.

Rituparno was considered as a vanguard as his films like 'Dahan' and 'Unishe April' dealt with sensitive subjects. The self proclaimed Satyajit Ray's fan was famous for elevating women. He made films with extremely volatile subject of the same sex relationship.

Rituparno, who was born on 31st August 1963 in Kolkata, was brought up in Kolkata only. His father was a documentary filmmaker and so he was exposed to the world of cinema and art since his childhood. The director began his career as a creative artist and later shifted his career to films. The director turned actor is also known was mentoring talented actresses like Rituparna Sengupta and Raima Sen.

Bollywood fraternities got an immense shock to hear the sudden and untimely death of such versatile and skilled filmmaker. The Bengali film industry and Bollywood as well are tremendously grieving over the death of their colleague. 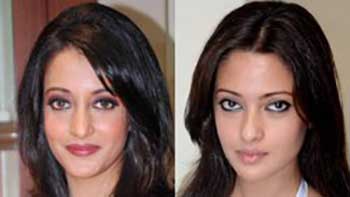 Raima and Riya Sen share the secret of their bonding