Salman Khan's much-awaited flick 'Bharat' to be shot in Europe

After Sultan and Tiger Zinda Hai, the film marks a hat-trick of films for Salman Khan and Ali Abbas Zafar.

After the earth-shattering success of their last outing, Tiger Zinda Hai, Salman Khan and Ali Abbas Zafar are teaming for the third time for the forthcoming film Bharat. The team will start shooting for the hotly anticipated film in Europe. According to sources, director Ali Abbas Zafar will soon be starting the look tests with his leading man Salman who is currently filming the third instalment of the Race franchise in Bangkok. Ali has taken off to Europe to recee locations for the shoot. The director’s team is already in the Queen’s City doing their preliminary research.

After locking some locations in London, director Ali Abbas Zafar will move to Spain, Poland, Portugal, and Malta. Meanwhile, superstar Salman will take his Dabangg tour to Nepal with his co-stars, followed by the final schedule of Race 3 in Dubai and Abu Dhabi, once he is back from his Bangkok's shooting schedule.

Salman Khan will be filming Dabangg 3 and Bharat simultaneously. Post which, he will start off with the season 3 of his reality show Dus Ka Dum. Continuing the tradition of releasing his films on the festive occasion of Eid, Bollywood Superstar Salman Khan has booked the auspicious date for his 2019 release titled 'Bharat'.

Produced by Atul Agnihotri and T- series, Bharat will mount the shooting floor in April 2018. 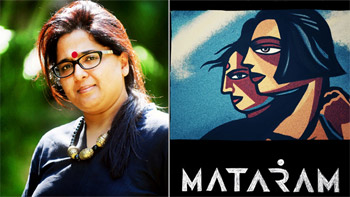 Salman is the coolest host, and that’s what the promo of Dus Ka Dum says. Have a look!