This is an interesting piece of news for the fans. Superstar Shah Rukh Khan and young star Alia Bhatt have been spotted and captured in Goa, shooting for their upcoming untitled film helmed by director Gauri Shinde. The stars along with the crew of the film were seen shooting a scene on the Zuari River, south of Carambolim, Goa. 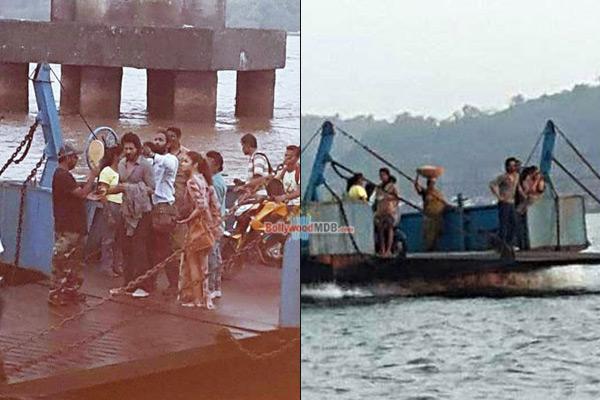 These images have been making rounds on social media and, have created quite a buzz. The movie has been one of the most talked about one for the unusual casting. The film also stars Ali Zafar and Kunal Kapoor.