After collaborating on four films, the successful actor-director duo of Sunny Deol and Anil Mishra is returning with a new film.

It seems it is a season of reunion for popular actor-director duos in Bollywood. A couple of days back reports were doing the rounds that Shahid Kapoor and Imtiaz Ali might join hands again after Jab We Met, which has clocked 10 years. Now, the news is coming in that Sunny Deol and Anil Sharma, who have delivered blockbuster films like Gadar: Ek Prem Katha and Apne together, are all set to team up for a new film called Kavach.

According to a source, “Sunny and Anil have always shared a great working relationship. Anil had this script and approached Deol, who immediately agreed to be part of the film. It’s titled Kavach.”

Whenever Sunny Deol and Anil Sharma have teamed up in the past, results have been more than extraordinary. If the news of them coming together for their fifth project is really true, their fans will be very excited. Their first film Gadar: Ek Prem Katha, which came in 2001, was a massive hit at the box office and is considered one of the most successful films of Indian cinema. After Gadar: Ek Prem Katha, Sunny and Anil worked on three other films, namely The Hero, Apne, and Singh Saab The Great.

Anil is currently shooting for his son’s debut film Genius. He will commence work on Kavach soon after wrapping up his current project. The source adds, “Sharma will start this film right after his next. They will begin filming for Kavach sometime next year and the film is expected to release in the last quarter of 2018 or January 2019, depending on their schedule.” Daddy Deol and son Karan get emotional on the sets! 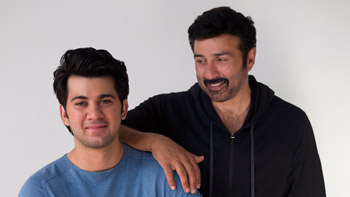