Starring an ensemble cast, the film is slated to hit screens on 1st June 2018.

The makers of the forthcoming comic-caper 3 Dev have just unveiled the trailer of their movie. Featuring an ensemble star cast of Kay Kay Menon, Ravi Dubey, Karan Singh Grover and Kunaal Roy Kapur, the film promises to offer loads of laughter with its crazy situations and funny dialogues.

The trailer of the movie, which came out a moment ago, revolves around an escapist man (Kay Kay Menon) who is looking for tenants. Soon, he rents out his rooms to three good for nothing young boys (Ravi Dubey, Karan Singh Grover, and Kunaal Roy Kapur) with an intention of using them later to his advantage. He sweet-talks them into posing as Gods and make money by playing with people’s faith and beliefs. What happens next forms the crux of the story.

The film is scheduled to release on 1st June 2018. 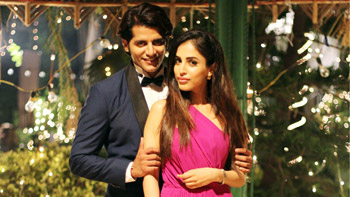