It is said to be a good time for Bollywood as now filmmakers are more leaning towards making gritty and realistic films tackling somehow mainstream topic to make a film on it. Here's the newly released theatrical trailer of Sameer, which is action packed gritty political thriller drama based on Hyderabad and Bengaluru blasts. And given the first impression on the trailer below, it would be safe to say it is one of the most promising films based on such eerie subject one could ever come across!

The trailer starts with a disturbing monologue about nationwide terrorist activity and how the character Yasin in pivotal to the mission. And in order to enrapture him, Ani-Terrorism Squad (ATS) officer Vikram uses an innocent pawn to plant in Yasin’s territory. But what seems to be perfectly pitched plan turned around and backfires as the Mole they plant turned rogue!

The storytelling element in such drama is the key factor and in the case of Sameer, that aspect is well maintained, with the psychological gripping, which clearly shines in the trailer. Another bang on the element would be casting, as each and every actor draws a compelling performance to the story. It is also good to see Mohammed Zeeshan Ayyub Khan finally got a well deserving leading role, general Bollywood fans were expecting, after playing pivotal but supporting role in his filmography! 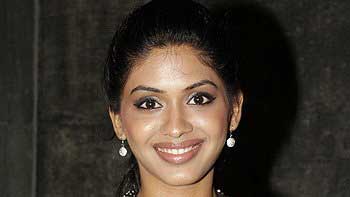