Updates on Bhoomi: New poster of Sanjay Dutt is filled with agony & redemption!

Team Bhoomi revealed another poster of Sanjay Dutt, which tells how much struggle he has face saving honor & pride for him & his daughter Bhoomi!

So far, the promotional campaign of the Bhoomi is gaining momentum in the best way possible! The trailer of Bhoomi blew everyone’ mind when it was released and it justified every reason we all were anticipated and with frequent release of a variety of the songs from the album, it kept the momentum going! And now, the team Bhoomi recently dropped another gruesome poster of Sanjay Dutt’ character in the film! And it depicts agony, redemption, and aftermath of blood-shedding war! Just take a look!

The story of Bhoomi is a heart-wrenching tale of a father-daughter relationship, who were their world to each other, living their lives peacefully and being happy! But their world flips upside down when a local goon intercept with their world and destroys everything and as the story would unfurl struggle this father and daughter had to go through in order to retain their normal life would unlikely be painted in blood and gore! And as we know from the trailer, the kind of love Baba has for his angel Bhoomi, he can go to any extent, and so be it on a killing spree!

The poster itself seems sequel to the first look poster of Sanjay Dutt, which introduced us to the film! And just a few days ago we also saw Aditi Rao Hydari’ fierce avatar in the previous poster! The film is directed by Omung Kumar and produced by Bhushan Kumar and Sandeep Singh, Bhoomi also stars Aditi Rao Hydari, Sharad Kelkar and Sidhant Gupta and it is set to release on 22nd September. 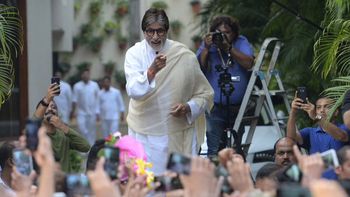 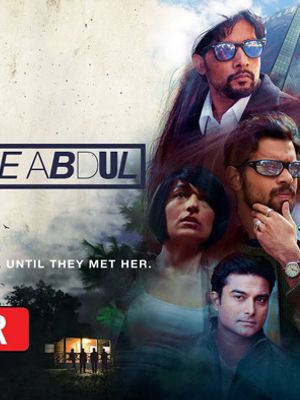