Login with Facebook Login with Google Login with Twitter
Home
⟩
News
⟩
Varun Dhawan: I was signed for October even before Badrinath Ki Dulhania and Judwaa 2!

October is a romantic drama by Shoojit Sircar which will mark the debut of Banita Sandhu and will hit the screens on 13th April.

After doing a series of masala entertainers, actor Varun Dhawan is now doing an unconventional romantic drama i.e. October. The film is helmed by noted filmmaker, Shoojit Sircar and will mark the debut of its lead actress, Banita Sandhu. Varun defines October as one his dream and most ambitious projects. Yesterday, at the trailer launch, he disclosed that he wanted this film very badly and also said that Sircar had signed him for October even before Badrinath Ki Dulhania and Judwaa 2.

The actor said, “When I sign a film, I look at the script more than anything, and how much the maker is putting in the film. In ‘October’ Shoojitda, writer Juhi Chaturvedi and every one of our crew members put their heart and soul in it. I had to be a part of this film. They signed me for the film even before Badrinath Ki Dulhania and Judwaa 2.”

He also said that he was the last to get cast in the film. He added, “I was the last person cast in the film after meeting Shoojit Sircar. I think casting should happen that way… Not because one actor is doing good in films. When I heard the story, I was so moved by it that I felt the need of doing the film. I need the film more than anyone else in the room at this point of time in my career.”

The film and its makers promise that in October, the actor will be seen like never before. Shoojit Sircar’s love saga will have its theatrical release on 13th April 2018. 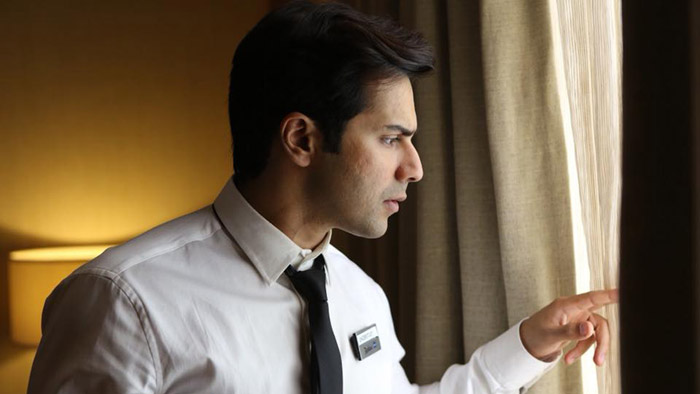