The veteran Amol Palekar has been appointed as chairman of India's Oscar jury.

The veteran actor-director Amol Palekar has been reportedly appointed as the chairman of India's Oscar jury. India's Oscar jury will pick up the official entry of India at the 88th Academy Awards in the category of Best Foreign Film. In the year 2005, Palekar's film 'Paheli' was the official entry of India for the Academy Awards. Palekar will head the 17-member jury.

Supran Sen, Secretary General of the Mumbai-based Film Federation of India stated "We have selected Amol Palekar as the head of India's Oscar jury. He is an eminent film personality," Palekar expressed his happiness by saying that "I am happy that I have been appointed as the chairman of India's Oscar jury. We haven't decided on any criteria for selecting a film for Oscars. I will have a meeting first with our esteemed members and work out the selection criteria," The 70-year old Palekar is away from the big screen for sometime. He is known for his excellent performance in the movies like 'Gol Maal', 'Chhoti Si Baat', 'Rajnigandha', 'Gharonda', 'Chitchor' in the 70's. National award winning movie 'Dhyaas Parva' and 'Quest' are helmed by Palekar.

The 88th Academy awards will be held in Los Angeles in the month on February 28. 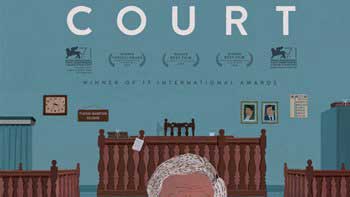