Every time a new film races towards its release at the box office, lead actors leave no stone unturned in counting the various merits of the venture. It's something which has been done to death and for aeons. However, when megastar Ram Charan says so, you cannot doubt his words. Talking about his upcoming film Rangasthalam, the Southern superstar says that it is the best film of his career.

"I am into the tenth year of my acting career, and I can say Rangasthalam is the best film I have done so far. It features one of my best performances. I have worked for 365 days for this film, and just removed my beard,' Charan poured his heart out for his new film.

"Generally, I don't ask anyone to watch my films but in the case of 'Rangasthalam', I ask all of you to watch it, it won't disappoint you at all," Charan said while addressing a huge gathering at an event.

Rangasthalam is slated for release on March 30. 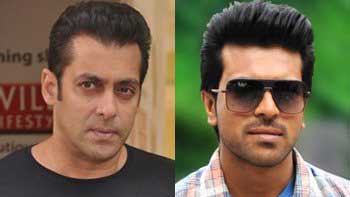