✕
✕
Your rating
Note: Click on the rating number you want to give for this movie.
BollywoodMDB
⟩
South News & Adda
⟩
Aishwarya Rai Bachchan dresses in all-black and travels to Chennai to attend the trailer launch of Ponniyin Selvan

Recently, it was seen that Aishwarya Rai Bachchan was traveling to Chennai for the audio and trailer launch of Mani Ratnam's period drama Ponniyin Selvan.

The period drama Ponniyin Selvan, directed by Mani Ratnam, stars Chiyaan Vikram, Aishwarya Rai Bachchan, Karthi, Jayam Ravi, Sobhita Dhulipala, and Prakash Raj, among others. It is one of the most awaited films of the year. It will be split into two parts, with the first one, Ponniyin Selvan: I or PS- I, hitting theatres on September 30. Fans of the movie were ecstatic after watching the teaser, and today in Chennai will see the movie's audio and trailer release. Aishwarya Rai Bachchan was recently seen traveling to Chennai in an all-black outfit to attend the launch.

The actress was seen heading to the airport, spotted in an all-black look

Aishwarya Rai Bachchan was spotted at the Mumbai airport on her way to Chennai to launch the Ponniyin Selvan teaser and soundtrack this evening at The Nehru Indoor Stadium in Chennai. The actress went for a relaxed, casual style and was spotted wearing black leggings and a black zipper jacket. In addition to the sunglasses, face mask, and black cap, she completed her outfit with a black handbag and black shoes, entirely hiding her face.

Rajinikanth and Kamal Haasan, two legends of Indian cinema, will attend the audio and trailer premiere ceremony for Ponniyin Selvan in Chennai today as the main guests. Numerous well-known figures from the Tamil cinema industry are also anticipated at the launch event, in addition to the cast.

Mani Ratnam is in charge. Ponniyin Selvan is produced by Madras Talkies and Lyca Productions with backing from the filmmaker and Allirajah Subaskaran. On September 30, the movie will be in theatres in Tamil, Hindi, Telugu, Malayalam, and Kannada.

It is evident from the teaser that this could be undoubtedly the most expensive film in Mani Ratnam’s career. All the lead characters are given equal importance in the teaser, while Aishwarya Rai Bachchan, who just appears in two shots, seems to be playing dual roles.

In the film, Aishwarya will be seen in the character of Nandini, the wife of Periya Pazhuvettaraiyar, and her mute mother, Queen Mandakini Devi.

On Friday, the makers unveiled the first look poster of Jayam Ravi’s character from the movie. He plays the character Ponniyin Selvan.

The film has music by AR Rahman, while Ravi Varman handles the cinematography. Sreekar Prasad took care of editing, Thota Tharani was roped in for production design, and writer Jeyamohan for dialogues. 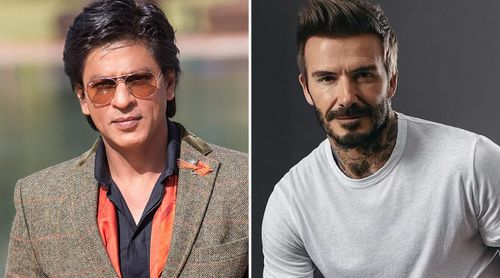