✕
✕
Your rating
Note: Click on the rating number you want to give for this movie.
BollywoodMDB
⟩
South News & Adda
⟩
Chiranjeevi’s Acharya to now hit screens on 1 April, 2022

In addition to Chiranjeevi, Acharya also stars Kajal Aggarwal. It is directed by Koratala Siva.

On the occasion of Sankranti, the makers of megastar Chiranjeevi’s much-anticipated film Acharya announced that the film will not be entering theatres on its scheduled date due to sudden surge in COVID-19 cases across the country. Fans were a little disappointed to know about the development as they had been waiting for the film’s release with bated breath.

Thankfully, their disappointment did not last long as, on Sunday, the makers announced the new release date for Acharya. Earlier scheduled to be released theatrically on 4 February 2022, the film will now enter cinemas on 1 April, 2022, on the occasion of Ugadi.

The makers took to social media and announced the new release date of the film along with sharing a new poster. “This Ugadi, witness the MEGA MASS on big screens. Acharya grand release on April 1, wrote the makers.

In the new poster, Chiranjeevi is seen in an angry avatar, holding a rod. There is even a temple in the background. The actor is wearing a dusty black shirt and trouser.

Acharya is a Koratala Shiva directorial which also stars Kajal Aggarwal. It is produced by Chiranjeevi’s son and superstar Ram Charan in association with Niranjan Reddy under the banners of Konidela Production Company and Matinee Entertainments.

Charan also plays an important role in the film and so does Pooja Hedge. Both actors are paired romantically opposite each other. 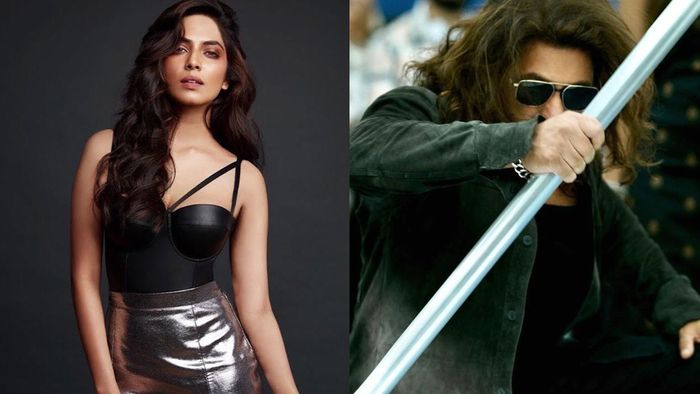