✕
✕
Your rating
Note: Click on the rating number you want to give for this movie.
BollywoodMDB
⟩
South News & Adda
⟩
Chiyaan Vikram’s Cobra is to be available on THIS OTT platform from September 28

South’s superstar and heartthrob seems to be having a great year, he is now gearing up for the release of his next film Ponniyin Selvan. In the meantime, his last hit film Cobra is now set to release on OTT. On August 31, 2022, the movie was launched in theatres, and fans have been impatiently awaiting its release on the OTT platform. In addition, Cobra will have its television debut in October. Despite the enthusiasm that had been built up for more than three years when the film advertisements started, both critics and viewers awarded this movie a dismal review.

On September 28, Cobra will start streaming on the digital platform SonyLiv. The official handle of the streaming platform announced the same in their Tweet which read, “Starring Chiyaan Vikram and Srinidhi Shetty with terrific music by AR Rahman, Cobra is the story of a mathematical genius, who is also an assassin. It will stream on SonyLIV from Sept 28.”

The film, which is directed by Ajay Gnanamuthu, is about Mathi, a brilliant mathematician who uses the alias Cobra to perform clever crimes. In the action thriller Cobra, Vikram makes an appearance in almost 25 different incarnations. The cast also includes Srinidhi Shetty, who rose to fame for her work in the Yash-led KGF series, Miya George, Roshan Mathew, Sarjano Khalid, Mirnalini Ravi, and Roshan Mathew. Former Indian cricketer Irfan Pathan also made his acting debut in Cobra, playing an antagonist. 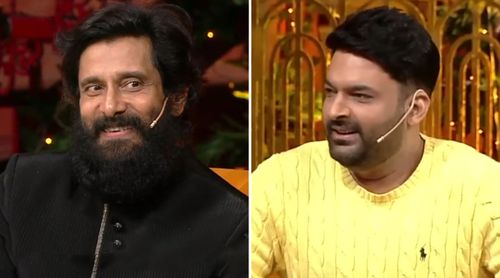