✕
✕
Your rating
Note: Click on the rating number you want to give for this movie.
BollywoodMDB
⟩
South News & Adda
⟩
Chup star Dulquer Salmaan starts shooting for one of his biggest projects, King of Kotha helmed by Abhilash Joshiy

All the DQ fans, get ready to witness the actor in a massy avatar in his next film King of Kotha.

Mollywood star Dulquer Salmaan has been having a great year at the theatres. His film Sita Ramam with Bollywood star Mrunal Thakur did amazingly well at the box office. The film garnered a lot of love from audiences for DQ’s acting and his chemistry with Mrunal Thakur. Just when he was enjoying the success of Sita Rama, his Bollywood film, Chup: Revenge of the Artist hit the theatres last Friday. The film released on September 23 when the National Cinema Day was celebrated in India. The film is receiving good reviews from both the critics and audiences. His acting has been praised by everyone.

Now the actor is gearing for one of the biggest films of his career. DQ has started shooting for his next film King of Kotha. According to the most recent information, the movie started shooting today. Important sequences and parts of the film are anticipated to be shot in Madurai, Tamil Nadu. The set construction for King of Kotha in Rayapuram is keeping the production design crew busy right now. A big budget will be used to film King of Kotha. Dulquer Salmaan intends to begin filming his parts in the movie on Tuesday, September 28.

Abhilash Joshiy, the son of renowned director Joshiy, makes his directorial debut with this movie. The script for the movie, which is marketed as a pure commercial comedy, is written by Abhilash N. Chandran. Meanwhile, Dulquer starrer Chup is running in theatres. The film also stars Sunny Deol, Shreya Dhanwanthary, and Pooja Bhatt. On the other hand, DQ also has director Raj & DK’s Guns & Gulaabs with RajKummar Rao and Adarsh Gourav. 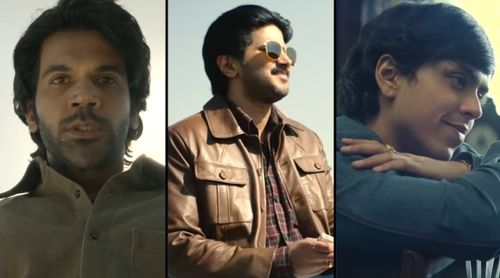