✕
✕
Your rating
Note: Click on the rating number you want to give for this movie.
BollywoodMDB
⟩
South News & Adda
⟩
Dhanush looks suave in his ethnic outfit at the puja ceremony of 'Selfish'

‘Selfish’ was launched at 9:36 am today,the puja ceremony was held in the presence of versatile actor Dhanush, star director Harish Shankar switched on the camera, and hit machine Anil Ravipudi and shot the first shot and also unveiled the motion poster of the film.

Dhanush wore  a pastel blue kurta and paired it up with a white pajama. Added an oomph to the outfit with a messy hairstyle, trimmed beard, mustache and rudraksha chain in the neck. Apparently the Naane Varuven actor was the chief guest of the event. On the professional front, Dhanush finished shooting for his next Naane Varuven.This is the fourth combo of director Selvaraghavan and Dhanush after Kadhal Kondein, Pudhupettai, and Mayakkam Enna. The film Nane Varuven is slated for release on December 2021. 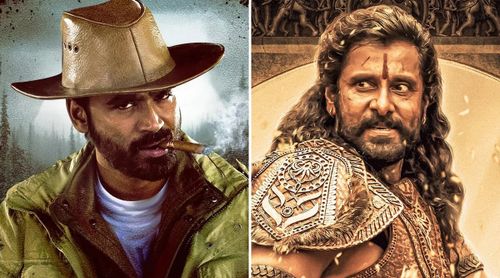