While actress Nupur Sanon is already onboard, Gayatri is the latest addition to the starcast and fills the spot of the second leading lady.

Gayatri, who is a successful model, will be making her film debut with this project. She will be playing the second leading lady in the much-awaited movie.

The film's muhurat ceremony will take place in Hyderabad on April 2.

Expressing her excitement over joining the project, Gayatri took to Instagram and wrote, “Honoured and humbled to announce my first ever pan-India film!  I’ll be joining the massive hunt of @raviteja_2628 #TigerNageswaraRao.”

For starters, Gayatri Bhardwaj shot to fame after her performance in the web series Dhindora. She had also won the coveted fbb Colors Femina Miss India United Continents title in 2018, besides being a receipient of titles of Sephora Miss Glamorous Look, Jio Miss Popular, Kodak Lens Miss Spectacular Eyes and Miss India Delhi 2018. Her fans are super-excited to see her in an altogether different avatar in Tiger Nageswara Rao, which is Gayatri’s first pan India movie.

Coming to Tiger Nageswara Rao, the film is a period drama set in the 1970s. It revolves around the real incidents of a thief and the people of Stuartpuram.

Written and directed by Vamsee, the film is backed by Abhishek Agarwal under the banner of Abhishek Agarwal Arts. It will be released in Telugu, Tamil, Kannada, Malayalam, and Hindi languages. 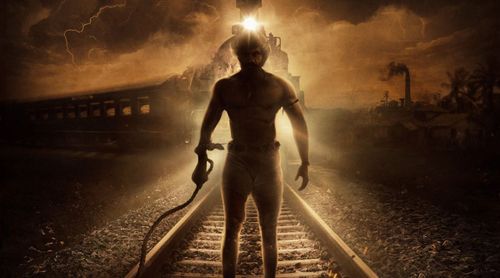