✕
✕
Your rating
Note: Click on the rating number you want to give for this movie.
BollywoodMDB
⟩
South News & Adda
⟩
Here’s what Vijay Deverakonda replied when asked about receiving trolls on social media!

Here’s what Vijay Deverakonda replied when asked about receiving trolls on social media!

As the much-talked-about, eagerly awaited movie Liger approaches release, Vijay Deverakonda is dominating the headlines. He is currently the buzz of the town despite being an outsider who found success in the film industry. Along with his co-star Ananya Panday, he is actively promoting the movie and attracting attention for all the right reasons. The actor is often asked about his personal life and his relationships in interviews.

Recently, he spoke openly with the press in Hyderabad as part of promotions, and spectators were captivated by his amusing responses. The Telugu star was asked about online trolls by a reporter, Vijay replied, " it's common, it's an everyday thing. Even before I became an actor, aunties, and uncles used to troll about results, college, job, etc and now it's social media trolling. Be it anything, trolling is always there."

Liger is scheduled for release on August 25, 2022. Ronit Roy, Ananya Panday, and Ramya Krishnan also play major roles in it. The movie will be released in Tamil, Telugu, Malayalam, Kannada, and Hindi. 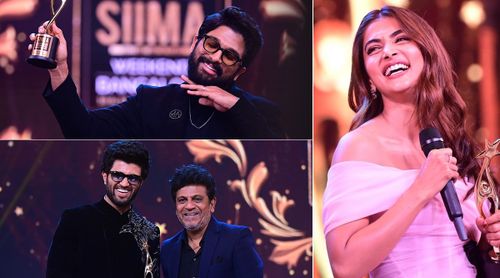