✕
✕
Your rating
Note: Click on the rating number you want to give for this movie.
BollywoodMDB
⟩
South News & Adda
⟩
‘KD-The Devil,’ the title teaser released by Sanjay Dutt

Sanjay Dutt talks about the south movies and the Blockbuster KGF.

"KD-The Devil" is Dhruva Sarja's highly anticipated film, and Sanjay Dutt plays a pivotal role in the film. The film KD-The Devil will be released in the Kanada, Malayalam, Tamil, Telugu, and Hindi Languages. The music composer of the film is Arjun Janya. On the occasion of the Hindi title teaser launch of "KD- The Devil," Sanjay Dutt has said words on the south films and specially mentioned the film KGF.

The film is getting ready for its theatrical release. A tremendous response is received from the audience on the release of the Hindi title teaser. Prem is the director of the film. A Grand event was organized for the title teaser release.

Sanjay Dutt, a Bollywood actor plays a crucial role in the movie. He talks about South cinema, as he appeared in "KGF- Chapter 2" as Adheera. The south films have passion, heroism, and love for the film industry, which can be learned and taken back to Mumbai but do not forget the roots of origin. It was visibly seen how he was impressed by the south film industry. He said it was a pleasure to work with such an excellent Prashanth Neel, Home film, and Yash. he is looking forward to working with Dhruva Sarja's film.

Bollywood Actor Sanjay Dutt has faced many issues in his personal life and he made a comeback in his acting career with memorable roles for himself. Sanjay Dutt has received many awards and acted in approximately 200 films till now. He received good responses from the audience for his role in the KGF as Adhera. He will play an immense role in Dhruva's KD- The Devil film for his upcoming movie. Sanjay is all set to make his debut in Tamil Industry. The film stars Thalapathy Vijay and Lokesh Kanagaraj. The title is tentatively named Thalapathy 67. Actor Sanjay Dutt recalls his cancer battle and its treatment; look at what he has said! 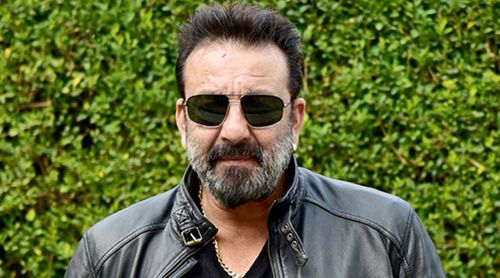