✕
✕
Your rating
Note: Click on the rating number you want to give for this movie.
BollywoodMDB
⟩
South News & Adda
⟩
Mahesh Babu flaunts his perfect smile as he poses at the promotions of his next- see pics!

Mahesh Babu flaunts his perfect smile as he poses at the promotions of his next- see pics!

Featuring Mahesh Babu and Keerthy Suresh Sarkaru in lead roles, Sarkaru Vaari Paata is an action entertainer set to release on 12th May 2022.

Tollywood superstar Mahesh Babu got busy as soon as he landed in Hyderabad after a blissful vacation in Paris. The actor has kick-started the promotion of his much-anticipated film Sarkaru Vaari Paata. As the release date of the film is approaching, the makers are leaving no chance to make it a big success.

Mahesh Babu was clicked during the promotions of the film yesterday as it was a working Sunday for him. He looked charming as ever in his formal shirt and jeans. The Maharshi (2019) actor opted for a light blue shirt and jeans but what stole our hearts was his radiant smile. He definitely knows how to ace minimal styling and yet look extraordinary. 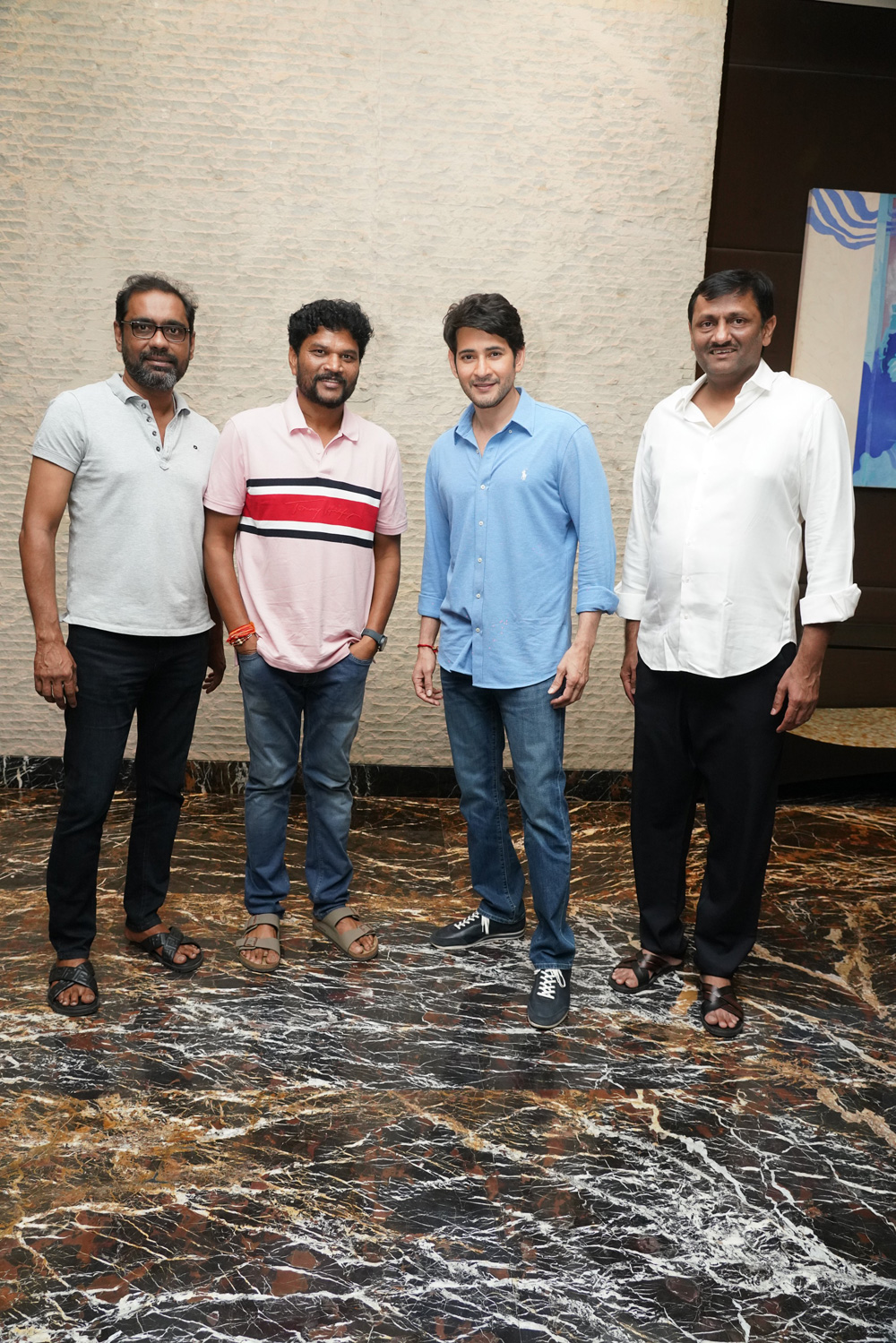 On Saturday, the makers came together for the grand pre-release event in Hyderabad. Thousands of fans were present at the jam-packed event for a glimpse of the actor and were very excited to see him on the big screen after two whole years.

Featuring Mahesh Babu and Keerthy Suresh in lead roles, Sarkaru Vaari Paata is an action entertainer set to release on 12th May 2022.