Dulquer launched the project on the occasion of his birthday via social media in 2021.

The sensational and supremely talented Malayalam star Dulquer Salmaan will reunite with actor-director Soubin Shahir for their upcoming project Othiram Kadakam. The actor launched the project on the occasion of his birthday via social media in 2021 and fans have been waiting for updates ever since.

So, here’s the tea. According to a source close to Othiram Kadakam, the actor’s second collaboration with Soubin Shahir is also going to be a star-studded project like Parava (2017). Reports suggest that the film will give major importance to its antagonist. Furthermore, a South Indian star has been eyed to play the role of the adversary.

Believing reports, the team led by director Soubin Shahir has almost finished their work related to the pre-production of Othiram Kadakam. The leading man Dulquer reportedly plans to complete all his shooting assignments before starting his next. The star has lined up another much-anticipated project King of Kotha by Abhilash Joshiy.

In his post for Othiram Kadakam, Dulquer fondly wrote "I've always known Soubi to have a fab aesthetic and a keen sense of cinema. When he told me his idea for Parava I knew I had to be a part of it in some way! I knew in my gut he would make a special film. This time around he discussed a full-length role in his next film and I know in his hands I'll discover characters and nuances I've never done before. This will be my second movie with my machan Soubin donning the director's hat and I cannot wait to start filming!” 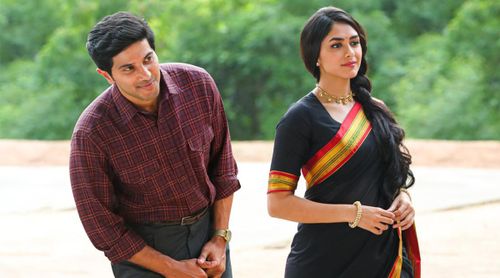