✕
✕
Your rating
Note: Click on the rating number you want to give for this movie.
BollywoodMDB
⟩
South News & Adda
⟩
Nayanthara and Vignesh Shivan take off on a romantic flight; check out the new post

Nayanthara and Vignesh Shivan take off on a romantic flight; check out the new post

Nayanthara and Vignesh Shivan recently tied the knot and these lovebirds are en route to Spain.

Nayanthara is currently working with Bollywood’s Hero SRK for his upcoming film, ‘Jawan’. She recently shared a post of herself with her husband Vignesh Shivan as they jet off to Spain. Vignesh shared some adorable pictures on his socials recently, the romance is undeniable.

Vignesh Shivan took to his social media to share pictures of himself with his wife and captioned them, "After a continuous streak of work work work ! Here we take sometime for ourselves !." In the images you can see Nayan sitting on Vignesh’s lap. And one where Vignesh places a kiss on Nayan’s hand.

Filmmaker Vignesh recently helmed the inaugural show of the 44th International Chess Olympiad. He went all out with this one and garnered huge success. He shared, "thanking the universe" for the "unimaginable opportunity" to direct the promotional teaser of the 44th Chess Olympiad, which was released by Rajinikanth.

As for the upcoming film ‘Jawan’ starring Nayanthara and Shah Rukh Khan. SRK in an interview shared his experience of working with Atlee the director. He said "Too early to say. There is still a long way to go. There is not much I can tell you about Jawan except the fact that I am having a great time as an actor. And Atlee, the director, it is a different kind of film. Everybody has seen his work. He makes outstanding mass-oriented films, again a genre I have never done. So, I wanted to try my hands on it. And I think me and Atlee have good chemistry. I bring in some (to the film), and he brings in some. Whatever we have done of Jawan is thrilling and exciting." 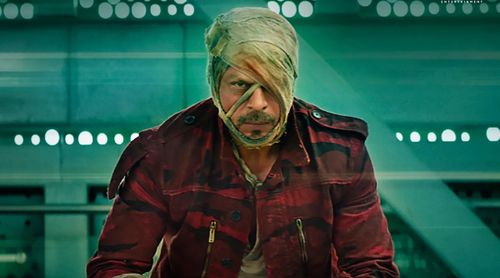