✕
✕
Your rating
Note: Click on the rating number you want to give for this movie.
BollywoodMDB
⟩
South News & Adda
⟩
Nelson Dilipkumar reveals why he chose Pooja Hegde to star opposite Vijay in 'Beast'

Actress Pooja Hegde is making her comeback in the Tamil cinema with the film ‘Beast’ starring alongside Vijay. The movie is set to be released on April 13. Directed by Nelson Dilipkumar, the movie also features Selvaraghavan, Yogi Babu, Redin Kingsley and Aparna Das.

In an exclusive interaction, Nelson Dilipkumar said, "When we were finalizing the cast for 'Beast', 'Ala Vaikunthapurramuloo' had also just released. In that movie, Pooja had done a fabulous job and won hearts nationally. I wanted a pairing that would be new and fresh, someone who has never worked with Vijay sir."

Nelson also stated that Pooja had worked hard for the role in 'Beast', even though Tamil is not her native language. "She learned the language and spoke her lines", Nelson Dilipkumar conveyed.

Beast is written and directed by Nelson Dilipkumar and is produced by Sun Pictures. The music of the film is composed by Anirudh Ravichander. Pooja Hegde back to shoot after recovering from injury 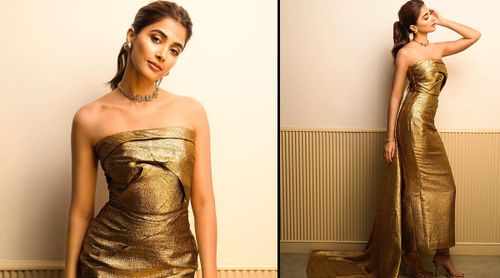