✕
✕
Your rating
Note: Click on the rating number you want to give for this movie.
BollywoodMDB
⟩
South News & Adda
⟩
Priya Bhavani Shankar shuts down a troll who asked her bra size

Priya calls out troll on Instagram for his indecent question and shuts him up with a classy response.

Social media too has its share of yin and yang. While actors always look forward to love and appreciation from their fans through the medium, there are times when they are subjected to body shaming, lewd comments and other such unsavory things online.

Actress Priya Bhavani Shankar has been trolled a lot on social media. But every time, she has handled haters like a boss!

Recently, during an interaction with her fans on Instagram, one troll asked Priya about her bra size. Tackling it head-on, the actress not only responded by revealing her bra size but also gave the troll a piece of her mind.

"I'm a 34D bro... Breasts are not something I bought from a different planet. Women in your life too has a pair, Probably you'll have to zoom through their t-shirts as well to catch a glimpse. Good luck for that," said Priya. 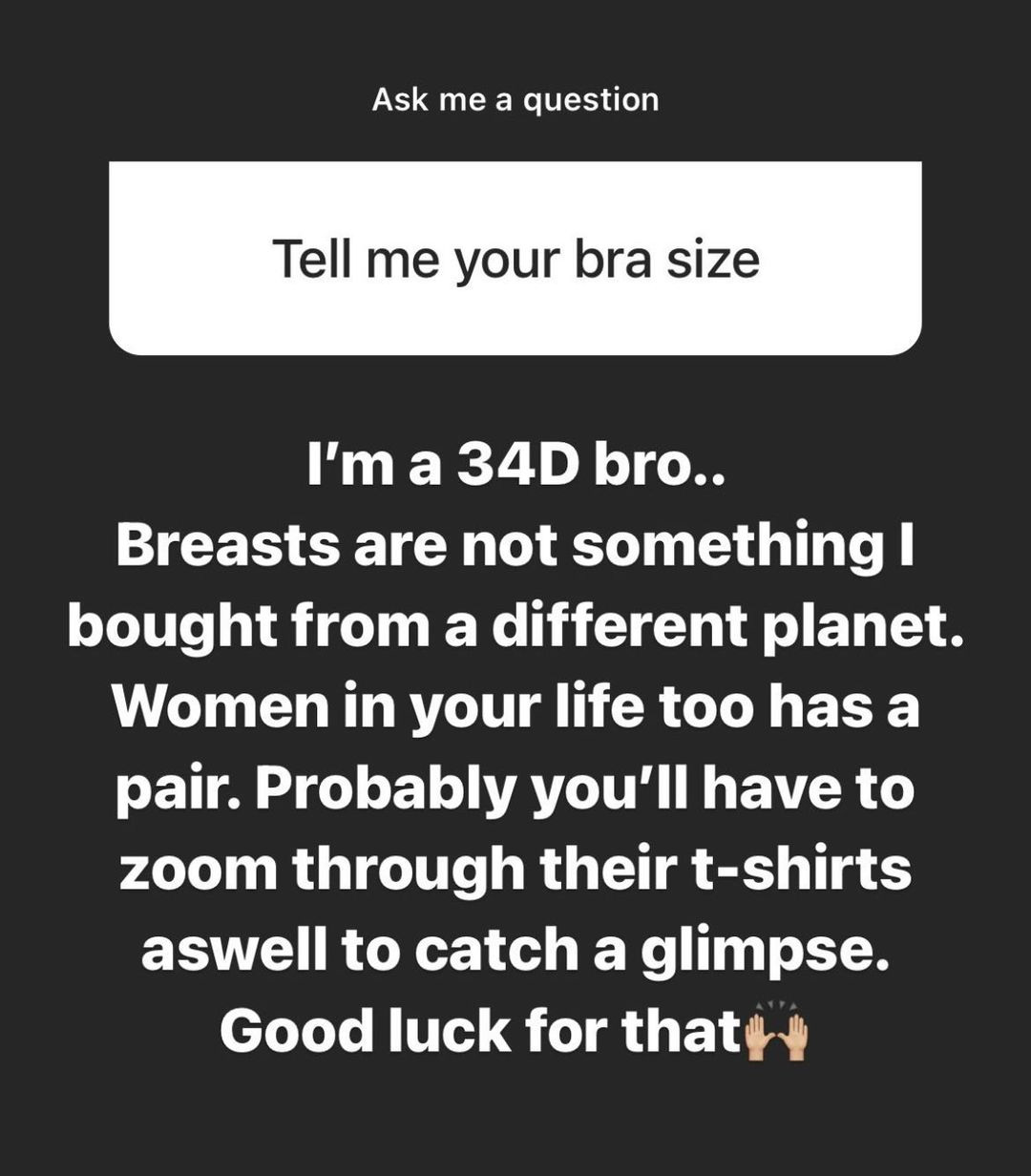 Her response is winning hearts on social media and people are appreciating how maturely she handled the episode.

On the work front, Priya last appeared in Oh Manapenne! (2021) where she starred alongside Harsh Kalyan. She has an exciting slate of films like Kuruthi Attam, Bommai, Hostel, Rudhran, Yaanai, Pathu Thala, Thiruchitrambalam and Indian 2, all set to hit the theaters later this year.