✕
✕
Your rating
Note: Click on the rating number you want to give for this movie.
BollywoodMDB
⟩
South News & Adda
⟩
Rashmika Mandanna reacts as a fan wants her role in Pushpa: The Rule to be 'more impactful'

Rashmika Mandanna reacts as a fan wants her role in Pushpa: The Rule to be 'more impactful'

Rashmika Mandanna has addressed a fan's request for Srivalli in Pushpa: The Rule to have considerable influence and effect. Here are the actor's exact words.

Pushpa: The Rise - Part 1, starring Allu Arjun and Rashmika Mandanna, was a box office success. Rashmika was the perfect heroine and had a noteworthy role in the film. Fans of the actress, however, now want her to play a more significant and prominent part in Pushpa 2: The Rule. One of the fans asked the makers to make Srivalli's role stronger and more memorable. All eyes turned to Rashmika's response to it.

Pushpa 2 is about to begin filming, according to an official poster shared earlier by Mythri Movie on Twitter. The post stated, "#PushpaRaj is back! This time to Rule #PushpaTheRule Pooja Ceremony tomorrow. India's most anticipated sequel is going to be BIGGER."

A Rashmika fan responded to the post by making the intriguing request. He wrote, “Pushpa The Rule Pooja. Just one request, make Srivalli character stronger and impactful. Very curious for Daali Dhananjay characterization in part 2.” To this, Mandanna responded, “I hope so too let’s see (winking face emoji).”

Pushpa: The Rule will centre on Allu Arjun and Fahadh Faasil's clash. Fahadh Faasil was first introduced as the main antagonist during the end of the first movie. The second instalment will also be directed by Sukumar. Pushpa: The Rise was initially filmed in Telugu and then dubbed into Hindi, Tamil, Malayalam, and Kannada before being released. Check out Allu Arjun’s FIRST LOOK from the sets of Pushpa: The Rule! 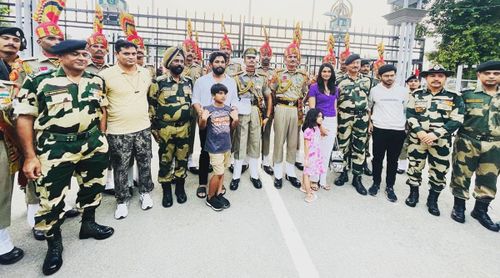