✕
✕
Your rating
Note: Click on the rating number you want to give for this movie.
BollywoodMDB
⟩
South News & Adda
⟩
Rashmika Mandanna reacts to rumors about her personal life and dating Vijay Deverakonda; saying, ‘You can talk shit about us’

Rashmika Mandanna has been in the headlines for rumors about her dating Vijay Deverakonda.

Rashmika Mandanna is one of the most talked about south celebrities. The actress received a lot of fame after her outstanding performance in the blockbuster film Pushpa: The Rise opposite Allu Arjun. Now, the actress is all set to make her Bollywood debut with the film Goodbye. Starring Amitabh Bachchan and Neena Gupta. The actress’s latest film Sita Ramam starring Dulquer Salmaan and Mrunal Thakur is successfully running in theatres. Apart from her films, the actress is always in the news for her relationship with South star Vijay Deverakonda. She has never openly commented about it but recently when she was asked about whom she is dating. The actress revealed that she hated the fact that, despite her efforts, her personal life receives the most attention.

The Geetha Govindam star said, “Sometimes, I am like ‘Arrey yaar, I am doing five films a year but you are still coming and asking me, ‘Who are you dating? What is your personal life?’ But I understand that we are actors and the light is on us, with people wanting to know more about you.”

She further added, “You (people) can talk s**t about us, you can say negative things about it. Because in the end, we are public figures. We can’t choose just the good bits, thinking people just focus on work and not personal life. So, they are free to talk about anything, just don’t come to a conclusion. Till the time you hear from me, that is not true.” 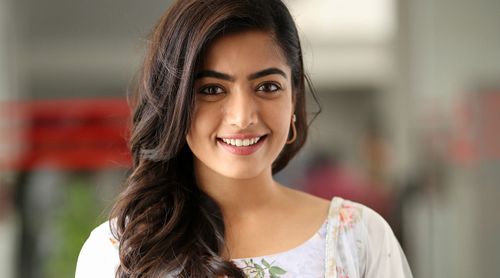