✕
✕
Your rating
Note: Click on the rating number you want to give for this movie.
BollywoodMDB
⟩
South News & Adda
⟩
Samantha looks breathtaking in the first-look poster of Shaakuntalam; fans call her angel

Samantha looks breathtaking in the first-look poster of Shaakuntalam; fans call her angel

Samantha dropped the first-look poster of Shaakuntalam on social media, which is creating excitement amongst the audience.

Samantha Ruth Prabhu, who will play the title role in Shaakuntalam, shared the first look poster from the much-anticipated film with her followers on Monday. The Tollywood star took to social media to share a sneak peek of her role in the mythological drama.

“Presenting nature’s beloved, the ethereal and demure Shakuntala from Shaakuntalam #ShaakuntalamFirstLook,” the Eega (2012) star wrote, while uploading the poster on her Instagram account. Her post earned over 1.5 lakh likes in under 15 minutes. We're not even shocked, after all, it’s Samantha, the most popular actress in Tollywood.

The post's comments section has been swamped with responses from fans. "This looks fantastic," one user noted, while another added, "She looks like an angel." Many of the followers added heart and fire emojis to the post.

In the poster, the Majili (2019) actress is dressed in a white saree with floral jewelry. Her gorgeous appearance has piqued the excitement of her followers. Samantha, who is known for her acting abilities, used her poster to build excitement for the film. 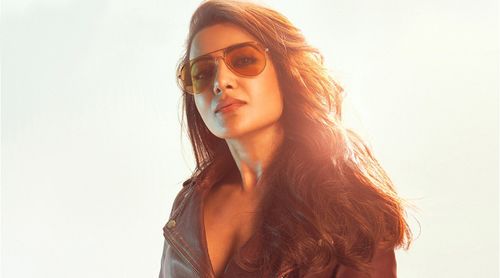