Dev Mohan, Mohan Babu, and Sachin Khedekar are among the cast members of Shaakuntalam. The film, which was produced by Neelima Guna, began shooting last year.

The leading lady of South, Samantha Ruth Prabhu is set to give us back-to-back hits this year. The Majili (2018) actress has recently wrapped up shooting for her upcoming mythological drama, Shaakuntalam.

As per Samantha’s Instagram story, she has wrapped filming on the mythical drama Shaakunthalam. Director Gunashekar, who has worked on a number of Telugu films like Rudhramadevi (2015), which starred Anushka Shetty, has now taken on Shaakuntalam to provide a fresh take on the famous tale of Shakunthala and King Dushyantha. The pair is the ideal of love and faithfulness, according to Kalidasa's story. The production of this film began in February 2021, and it has only grown in popularity since then. The first look was published a few months ago, and it left fans speechless. Samantha perfectly captured the look of the bereft Shakanthula, resembling an absolutely flawless painting in the process. She was dressed in a white saree and decked with flowers, which further added to the appropriateness of her selection.

Dev Mohan will portray King Dushayantha, the male protagonist, while Allu Arha, Allu Arjun's five-year-old daughter, will play Prince Bharath in the film. Mohan Babu, Sachin Khedekar, Gautami, Aditi Balan, Ananya Nagalla, and Varshini Sounderajan are among the other cast members. Neelima Guna of Gunaa Teamworks and Dil Raju of Dil Raju Productions are behind this Telugu drama. This film will be directed by Mani Sharma, who will also compose the musical score.

This is Samantha’s first time playing a mythological character, which has increased the anticipation for the film's release. The star also updated her Instagram profile photo to this surreal image. 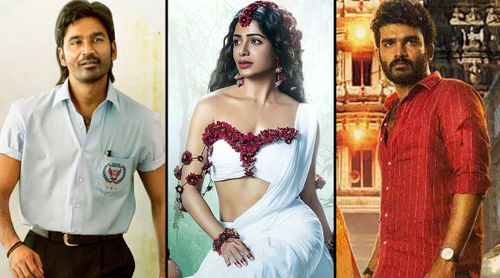