✕
✕
Your rating
Note: Click on the rating number you want to give for this movie.
BollywoodMDB
⟩
South News & Adda
⟩
Shruti Haasan expresses her views on AGEISM in the film industry; Here’s what she said!

Shruti Haasan expresses her views on AGEISM in the film industry; Here’s what she said!

Shruti Haasan who has only one release in the year 2022 is set to have two big releases during Makar Sankranti in 2023.

Shruti Haasan has been incredibly busy with numerous projects, all of which are scheduled to be out in 2023. The actress will have two Sankranti releases the following year, which is unusual for a heroine. In addition to her incredible line of work, Shruti Haasan is known for being outspoken and unafraid to express her opinions. Recently, Shruti Haasan spoke out about the ageism controversy in Bollywood as a whole. She believes that every age is beautiful and graceful.

Shruti stated that ageism is a problem in the world in an interview. She asserts that our society is currently dominated by youth and vanity, and it is up to you whether you choose to buy into this or not. The actress continued by saying that every age is endowed with grace and charm. She prefers to keep the conversation away from ageism by concentrating on the roles that can be played with only a certain amount of age and expertise.

The actress has an unbelievable line of projects with some of the biggest superstars of the South. She will be playing the female lead opposite Prabhas in Salaar, the film also stars Prithviraj Sukumaran. She also has Chiru 154 with the one and only Megastar 154, and NBK 107 featuring Nandamuri Balakrishna in the lead.

Apart from this, Shruti has stepped foot in Hollywood and is set to star in numerous projects over there. She will next be seen in the international movie "The Eye," which Daphne Schmon will be directing. According to the Hollywood portal, Mark Rowley will also appear in the psychological thriller. 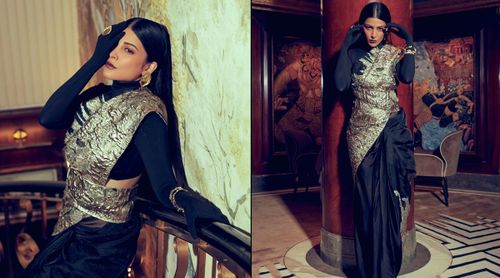 Veer Simha Reddy TRAILER: Nandamuri Balakrishna- the king of the masses will leave you stunned with his action-packed entertainer! 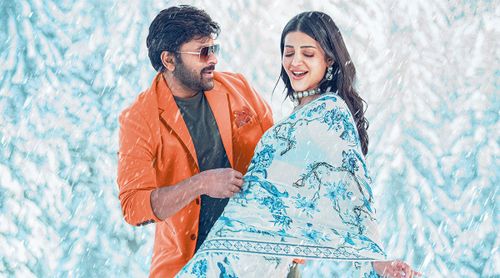