Login with Facebook Login with Google Login with Twitter
Home
⟩
Television
⟩
Eijaz Khan: I don't think if I really want to do reality shows!

Eijaz Khan: I don't think if I really want to do reality shows!

Popular television actor feels that when you speak the truth you get fewer friends.

While many actors crave time off, actor Eijaz Khan is not one of the then. The actor, who was last seen in the show Moh Moh Ke Dhaage, has not been shooting for a while. He misses it terribly and can’t wait to be back to work again. “The last day of shooting was August 14th. When I am not working or when I am not acting or shooting, I do get bored. For the last 15 years, my days have been comprised of waking up and shooting and coming back and when I am not doing that I feel I am not myself or I am not in my element. Recently, I had a reunion and I realized I should keep working because my father says when you stop working, you grow old. I was supposed to go to Moscow and New York but then I decided first I will sign something and then if time permits in between, I will go out,” he says.

Ask him what he wants to do now, and he says, “Primarily, I want to do the kind of work that keeps me busy. I don't like being by myself. I think I am done with the dehati stint now, I would want to do something glamorous and good looking. I kind of miss myself like that. I would want to get busy on a daily soap. If there is a grey shade to my character, I would love that.”

The actor has been part of the industry for a while now and says that it has changed a lot. “Since my show Kavyanjali, a lot has changed. I think the biggest change is that I don't see longevity in actors. I don't actually blame them, the producers want new faces and they don't invest so much in that newcomer as Balaji did in us. We were given opportunities time and again but unfortunately for these new kids, you just get one and two shows and a flash in the pan. Having said that, there are a lot of kids who have come up and turned into good actors, good for them. There is a horizontal growth in channels and in the number of shows. Earlier, I remember the longevity of the show was guaranteed for a certain period but these days a show gets pulled off so soon,” he says.

Even Bigg Boss is a huge no for him. “Hiten Tejwani has been my idol and I always looked up to him when I was working with him. He was my elder brother in Kkoi Dil Mein Hai and I used to look at him and emulate him. He’s doing well in the show. But if I can’t think of myself in this place. I tend to become claustrophobic and you can only act to a certain point. Once your inhibitions drop then I don't have a filter in my brain and I will end up saying what I feel. I would end up losing friends and people who like me if I speak the truth. When you speak the truth you get fewer friends,” he says. 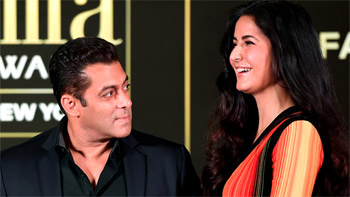 Shilpa Shinde’s journey in Bigg Boss 11 is nothing but amazing! Shilpa Shinde has a well-wisher in Gauhar Khan!