The actor has hosted several non-fiction shows in the past, including Sach Ka Saamna and Deal Or No Deal.

If a report published on an entertainment portal is to be believed, television heartthrob Rajeev Khandelwal is in talks to host an upcoming celebrity talk show for Zee TV. The show will be produced by Sandiip Sikcand, whose maiden venture as producer, Dhhai Kilo Prem, garnered huge eyeballs for its unique storyline and treatment. While Khandelwal has hosted many shows in the past, it will be the first non-fiction show for Sikcand.

“The show will be a talk show wherein television celebrities will be interviewed,” reveals a source to the portal.

Rajeev, who is garnering loads of appreciation for his performance in ALTBalaji web-series, Haq Se, has almost signed the show on the dotted line. Now, just an official announcement is awaited. The report also reveals that before finalizing Khandelwal, the makers had approached Karan Wahi and Rithvik Dhanjani for the show.

Sikcand Telefilms Private Limited will collaborate with SOL to produce the yet-to-be-titled show for Zee TV.

Other important details are awaited. Rajeev Khandelwal & Surveen Chawla roped in for ALT Balaji’s next! 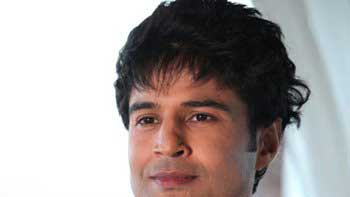