✕
✕
Your rating
Note: Click on the rating number you want to give for this movie.
BollywoodMDB
⟩
TV News & Adda
⟩
5 actors who left the reality Show mid-season due to health issues

Let's look at some celebrities that were forced to leave the program because of injuries, from Devoleena Bhattacharjee to Raqesh Bapat.

Audiences have always been drawn to reality television. The general public has seen several original themes in reality shows over the years. The reality genre has always produced exciting content, whether on Salman Khan's Bigg Boss or Khatron Ke Khiladi with Rohit Shetty as the presenter. While some shows allow viewers to display their skills and advance their careers, many shows also feature well-known celebrities who go over and above to amuse audiences. Additionally, some stars have occasionally quit appearing on reality series due to major health problems.

Let's highlight celebrities that left reality shows in the middle due to health problems:

Season 10 of the current reality series Jhalak Dikhhla Jaa featured Dheeraj Dhoopar. Three weeks after the show's premiere, the actor departed. Due to medical issues, Dheeraj was forced to leave the dance reality show. He already admitted that he had several bruises and injuries that date back to his earliest practices. The news was a huge letdown for his supporters, who were hoping for him.

Tejasswi Prakash participated in season 10 of Rohit Shetty's reality series Khatron Ke Khiladi. She departed the show in the middle of production after an eye bleed. She was one of the top six finalists, but she had to leave the competition and receive treatment in Bulgaria due to her injury.

As a contestant on Bigg Boss 15, Raqesh Bapat supported his then-girlfriend, the actress Shamita Shetty, by entering the Bigg Boss house as a wild card. Salman Khan, the host of Bigg Boss 15, later revealed to Shamita and the viewers that Raqesh had departed the competition due to his health problems. The actor was in excruciating pain due to kidney stones. Raqesh wrote a lengthy statement on his Instagram account and shared it with his admirers after leaving Bigg Boss 15 to express his regret for leaving so suddenly.

Devoleena Bhattacharjee competed on Bigg Boss 13, but she had to leave the competition halfway through due to a back issue. After she was injured in an accident while filming for her show in 2013, her back began to bother her. Doctors urged surgery when she was in excruciating pain in the Bigg Boss house as the problem worsened over time. Soon after leaving the concert, she was taken to the hospital. The actress had posted about her injury on her social media accounts.

Pooja Banerjee later left the dancing reality competition Nach Baliye 9, which she had joined as a wild card entry alongside her spouse Sandeep Sejwal. While practicing for her second dance performance, the actress sustained significant wounds. Pooja was intended to stand on Sandeep's shoulders, fall back, and be caught by their choreographer. But she slid ten feet from the ground, lost her footing, and fell forward. She fell on her hands and suffered injuries to both hands. The left elbow bone was chipped, and the right wrist joint was cracked. Additionally, Pooja had injured a ligament in her left leg. She spent several days in the hospital after leaving before making a full recovery. 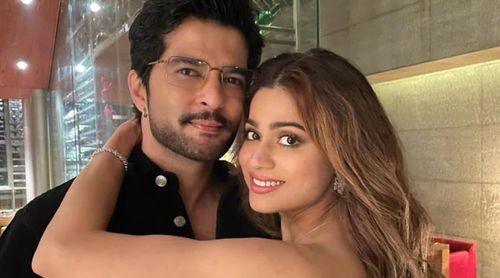