✕
✕
Your rating
Note: Click on the rating number you want to give for this movie.
BollywoodMDB
⟩
TV News & Adda
⟩
After announcing the show’s break, Kapil Sharma heads for a Canada tour with his team

Comedian Kapil Sharma posted a picture on Instagram where he is seen with his team who are set to fly to Canada for a tour.

The season finale episode of The Kapil Sharma Show was recently aired on Sony Entertainment Television where Kapil announced that the show will go on a break and will return in some time. Meanwhile, the whole cast of the show is heading to Vancouver for their tour.

The comedian took to Instagram and shared photos where he is posing with fellow cast members Krushna Abhishek, Kiku Sharda, Chandan Prabhakar, and Sumona Chakravarti. The caption read, “Flying to Vancouver. Now can’t wait to meet our lovely fans in Canada.”

The Jugjugg Jeeyo special episode served as the season finale of The Kapil Sharma Show. Neetu Kapoor, Anil Kapoor, Varun Dhawan, and Kiara Advani, who play the lead characters in the film, graced the episode.

“Kapil has a month-long USA tour planned for mid-June and would be unavailable to shoot. The team thus decided to take a break during that same time. A few episodes, however, will be pre-shot to continue entertaining fans before they go on a break,” said a source close to the show.

Sumona, who portrays the character Bhuri in the show, recently commented on the rumour that she was leaving the show. She said, “Let me firmly confirm that I haven’t quit The Kapil Sharma Show and don’t intend to do it either.” 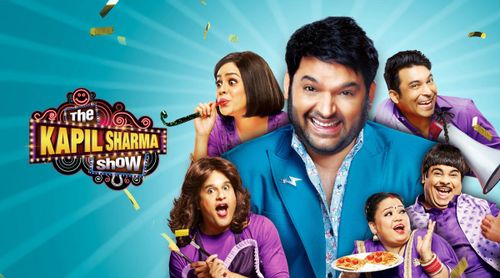