✕
✕
Your rating
Note: Click on the rating number you want to give for this movie.
BollywoodMDB
⟩
TV News & Adda
⟩
“Balaji Telefilms is like home for me,” says Naagin 6 star Urvashi Dholakia

Urvashi Dholakia needs no introduction! She has been ruling the Indian television space for over two decades now. The actress, who became a household name after playing the iconic vamp Komolika on Ekta Kapoor’s successful show Kasautii Zindagi Kay, is back before cameras after a hiatus. She plays an important character on Kapoor’s supernatural drama series Naagin 6, which airs on Colors.

Dholakia, who has worked with Kapoor on several successful projects, calls Balaji Telefilms her home. “Balaji is like home for me. Also speaking about work, it looks all glamourous, but to ensure those 30 minutes of entertainment on screen, the hard work that goes into creating that content is impeccable,” she tells a publication.

Talking about her character on Naagin 6, the actress said, “My character happens to be the minister's wife who has class, money, taste and she is a doting mother to her daughters. This is all I can say as you would have to watch the show to know more about my role. Our shoots have just about begun so we are all still getting to know each other on set, so it's too early to comment on friendships.”

Naagin 6 is airing on Colors. 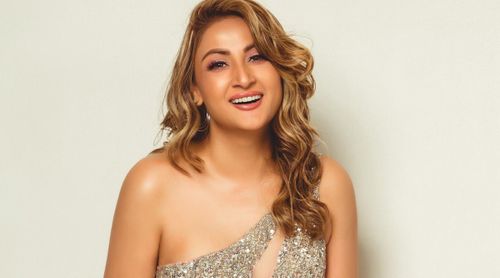