The elimination of Gautam Vig in today's Bigg Boss 16 show caused considerable anxiety among the competitors. The person closest to Gautam, Soundarya, started crying and opened up.

He would be deeply missed by her. But her close friend Archana advised her to set her feelings aside and rekindle her friendship with Shalin. She also advised her that the time had come for her to exact revenge.

After Shalin Bhanot attempted to rekindle their friendship with Soundarya immediately following Gautam's eviction, Archana Gautam and Soundarya Sharma had a brief talk. Soundarya told Archana that Shalin sought to be her friend and referred to her as "ulfat." "Behen ab tu Tina ko jealous karva taaki ussko pata chale," said Archana in response. She was right, and Soundarya concurred, adding that they had already played with her and it was now her turn.

Even more, Soundarya expressed concern about Gautam and how he could view her friendship with Shalin. She was told by Archana not to worry too much and to concentrate on the same thing since she needed to play around if she wanted Gautam back.

Fans were entertained by the harsh arguments between Soundarya and Tina, Salman Khan chastising Priyanka for her "double standards," Nimrit disclosing her anxiety concerns, and other events in the show. Shekhar Suman even has a humorous dialogue with the competitors in the entertaining episode. 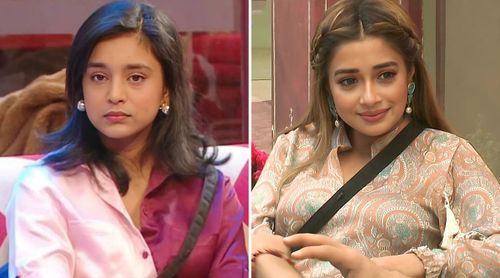 BIGG BOSS 16: Once again, Shiv Thakare and Archana Gautam will get into a nasty argument!