✕
✕
Your rating
Note: Click on the rating number you want to give for this movie.
BollywoodMDB
⟩
TV News & Adda
⟩
Jhalak Dikhhla Jaa 10: Amruta Khanvilkar on Madhuri Dixit, ‘From dancing to her songs to dancing with her, I’m looking forward to this journey’

After a five-year hiatus, the popular celebrity dance reality show Jhalak Dikhhla Jaa will return to the TV screens. Since the producers made an official announcement about the comeback of this dance reality show, the fans have had a hard time maintaining their composure. This season's contestants include many famous people, including Amruta Khanvilkar. She is prepared to show off her dancing skills on the show after her performance, Chandra, became a nationwide sensation. The actress's recent promotional video with Madhuri Dixit was unveiled and quickly went viral on social media.

In a recent interview, the actress expressed her excitement about doing the show, "Madhuri Dixit on the judge's panel has been the most attractive thing for me on the show. Today, I'm at such a place in my career where I've done a film called Chandramukhi and for me, the OG (original) Chandramukhi is Madhuri Dixit, and to be performing in front of her is like my dance journey right from my childhood is coming back to a circle. From dancing on Madhuri Dixit's songs to literally performing for the promo with her, I'm really looking forward to this journey. With Jhalak, I'm going to make the most of whatever teachings I'll get just by observing her, talking to her, and sometimes even by seeing her dance. I'm really looking forward to that. I love to dance, it comes very naturally to me and I haven't taken any kind of training or anything like I'm not a classical dancer. So, for me, it's going to be a whole new level of dance." 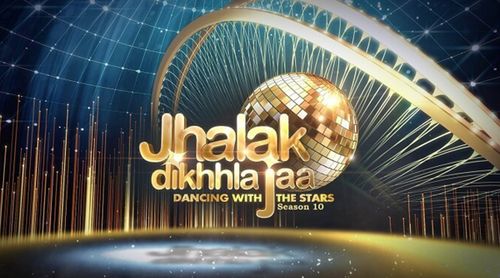